Some wonderful words about Mark’s presidency

We could write a book on the list of things accomplished by the Chapter under Mark’s leadership. A few things stand out. The presence of Kevin Terry has had a huge impact on the number and scope of projects we as an organization can put our name on and be proud of. It happened during Mark’s tenure as president. Our bank account balance has tripled. It happened during Mark’s tenure as president. Our standing in the community is changing from a fishing club made up of conservationists to one of conservationists who fish. It happened during Mark’s tenure as president. These things don’t just happen randomly. It takes dedicated leadership, from Washington D.C. to Denver to the San Luis Valley & Mark has provided it in abundance. Having had the position previously & been on the board for the last 15 years has allowed me to witness first hand the good things this organization does & they only got better during Mark’s term.

Its hard to capture his impact completely. From my perspective, as both a TU staffer and an active chapter member, Mark is an inspirational leader who makes everyone feel comfortable and welcomed. Mark’s intimate knowledge of the Valley’s fisheries was earned through decades of relationship building with the streams and watersheds, and with lots of fishing buddies along the way. Mark’s conservation ethic is at the forefront of his lifestyle, and this is a tremendous characteristic for a TU grassroots leader, providing a 24/7 example to anyone around him. Mark has an easy-going presence that leads to effective communication, and this has helped the chapter build lasting partnerships and reach so many SLV residents over the years. I look to Mark as an example of good leadership and as a role model for the kind of person that I want to be.

… just so much thanks for helping our chapter flourish in its efforts. And thank you for carefully articulating these duties of the chapter President. It’s a long list! We are all very lucky to have such a wonderful friend and strong leader in our community.

thanks for your amazing service to the chapter. We’ve never had a President serve as long since the chapter was reorganized and I doubt one served that long in the old days. The President’s role can feel like a full-time job at times and we know there were things you’ve done that aren’t on your list. Thank you for all your leadership over the years.

I’m happy to take on the job of picking up the mail and ensuring the box is paid for.
Thanks,
Duane 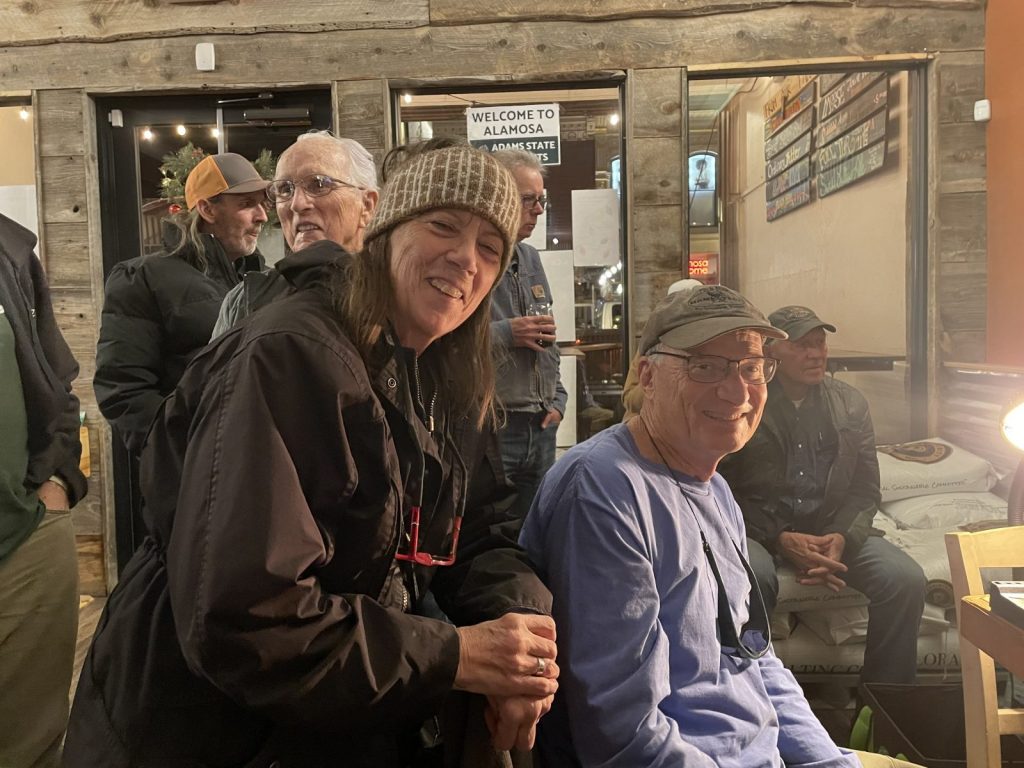